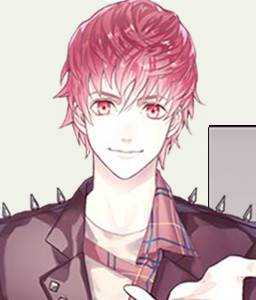 Prototype of Crobidoll's M-line. He is a one-of-a-kind prototype with a superhero concept. There is only one of him in existence, because his release failed to gain a sufficient amount of popularity. Red loves to watch shows about superheroes, and he's taken a liking to imitating "Red", the Hero of Justice. He believes that one day, just like him, he will awaken his hidden superpowers.Hobbies: Collecting plastic modelsLikes: Chocolates, superheroes, or anything hero-themedDislikes: Acting tough, common things[Edited From Nameless Official Site]